About 100km South of Tennant Creek we made a brief stopover at the Wycliffe Well Roadhouse. The township itself boasts at being the UFO capital of Australia! 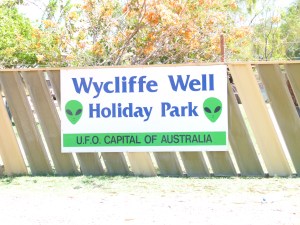 It sure is big sky country out this way and although the stargazing is amazing, and despite our best efforts – we saw no extraterrestrial activity. No beam me up scotties, no probing, no crop circles, nothin! The Roadhouse itself though is photo worthy. 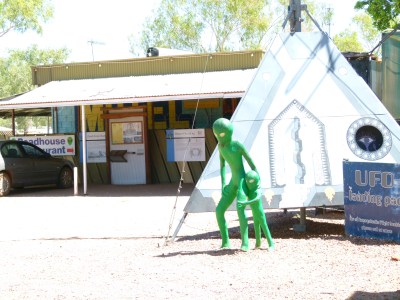 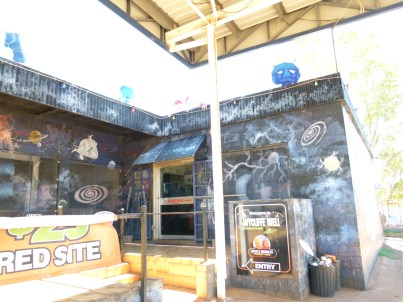 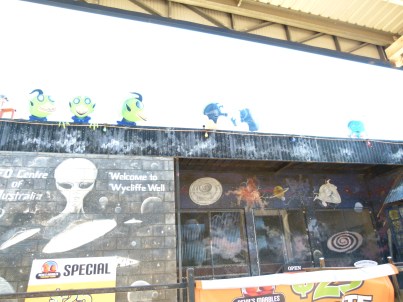 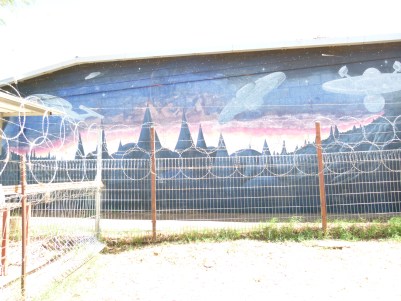 On a historical note once the North-South stock route bore was built in 1937 Wycliffe Well became a growing hub.  Tomatoes, lettuces, watermelons and cabbages grew well in the rich red soil.  The vegies were at the time transported with no refrigeration along a 40km/hr track to various WWII camps along the way to Darwin.  Sure makes you appreciative of just how lucky we are to live in our times.