Daly Waters is 270km south of Katherine and although tiny, has the distinction of being the site of Australia’s first international airport.  For nearly 30 years, until the late 1950’s, it was the hub of flying activity.  It was used for flying mail into N.T from QLD and as a staging and refueling spot for QANTAS international flights. 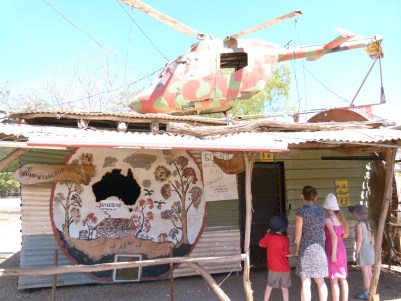 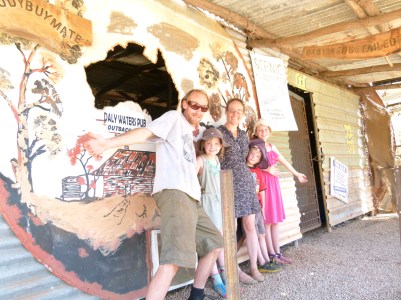 It is the home of the historic Daly Waters pub, which was established in the 1930’s for servicing passengers and crew arriving at the airfields.  It certainly had a quirky outback feel to it and we enjoyed photographing some of the outbuildings. 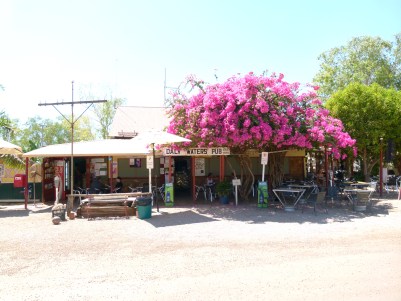 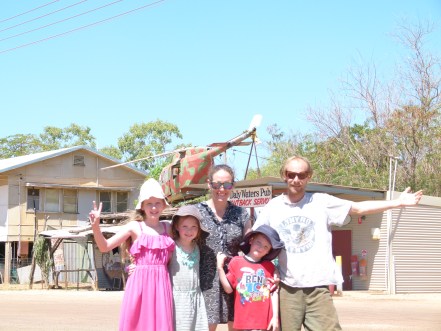 On the way into Daly Waters we stopped to view the ‘Stuart Tree’ just south of the town itself.  We have discussed explorer John McDouall Stuart with our children many times while traveling along the Stuart Highway – which is named after him.  He is presumed to have carved his initial ‘S’ into the tree in May 1862, during his journey from Adelaide to Darwin.  Stuart led the first successful expedition to traverse from south to north and return, through the centre of the continent.  His experience and the care he showed for his team ensured he never lost a man, despite the harshness of the land.  Way back in 1871-72 the Australian overland telegraph line which joined the North and South colonies was constructed along his route.  What a pioneer he really was and clearly made of the right stuff. We are doing a good portion of his route in a metal box doing 100km/hr on a bitumen road, and we think it’s pretty harsh.  So for Stuart to do it under the conditions he did it and in those times and not lose a man, is truly amazing.  Unlike some other famous pioneer explorers Stuart was far less equipped, yet knew his limits and clearly held the welfare of his party in high regard. 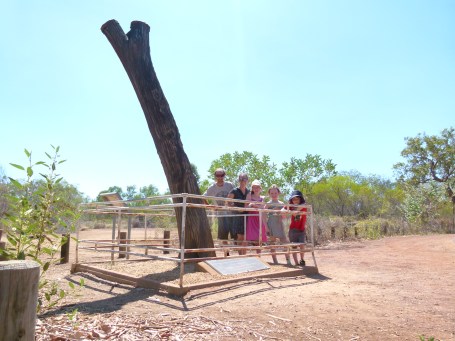 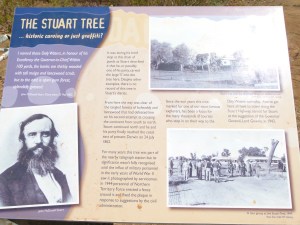 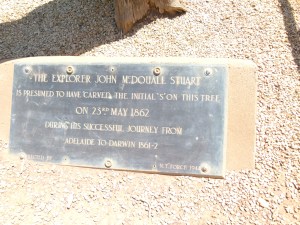