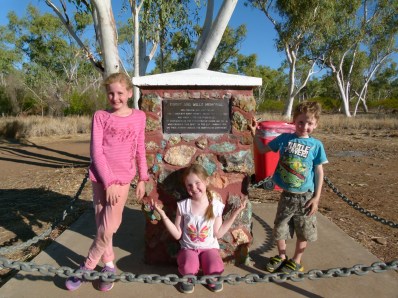 Just outside of Cloncurry about 40km’s West and we decide to scope out another Burke and Wills monument, good thing too as it was there the Duct tape and hammer was again needed.  After a routine check under the car and van just before setting off the rear left caravan stand had given up the ghost. In fact it was hanging down close to the road in a rather disturbing fashion.  One of our favourite lines in our house is “Look, I’m not gonna sit here and Lie to you Kid”, I’m pretty sure I could crack that out right now.  Our ’84’ Van is showing it’s age in the form of water damage, resulting in the rear section of the wooden base being somewhat … shall we say, worn.  As a result the Stand had pulled out of the wood and now resembled similar (not quite as bad) as replicated in the picture below. 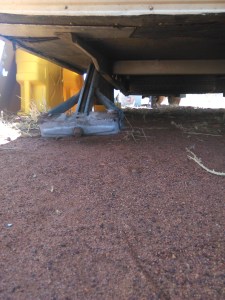 The Stand Was a Hanger

This was no place to get serious about a long term repair, and I’m a big fan of unleashing the inner cowboy; this was one of those times.  So all jokes aside I really did bust out the hammer and went man mode on the stand, removing it completely.  With no stand and no threat of it causing problems at 100km/h (more like 90ish for us) we could move on with a mindset to come up with a better solution down the track.  At Mount Isa we picked up a set of caravan stands at a discount auto part shop which solved that issue for around $48.

So a little further down the track, infact our first stop in the N.T and we tackled the overall problem in a little more depth.  Rather then wait for a repeat of the stand dilemma on the right side we felt a preemptive strike was the best solution, this meant the hammer came out to play and just like that the rear right stand was gone.  Lets not forget we bought a set of stands, so ole rightee already had a stand to do the job.

So with the stands now sorted that’s the end of this post, right? You wish keep reading. Unfortunately the underneath wood still needed to be sealed to stop air flow when moving and sure up the structure a little better. 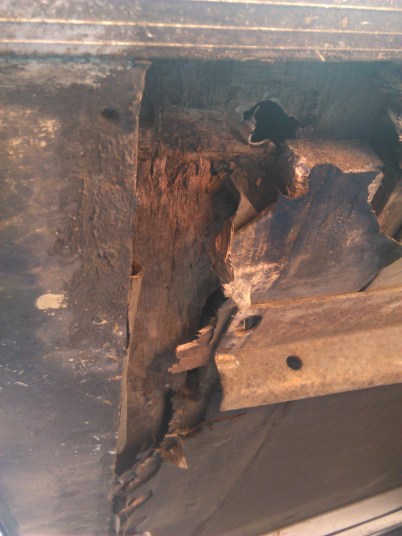 I’m not gonna sit here and lie to you kid, it wasn’t pretty.

So next step was to resourcefully come up with something to seal up this bad boy, being miles from anywhere this was going to be no easy task.  After a short walk from where we setup for a couple of days yielded this little treasure trove of materials. 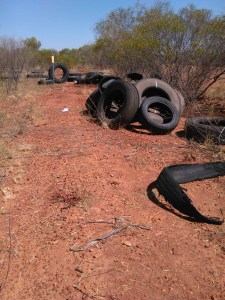 So after ripping into a tyre with a stanley knife, Tin snips and getting the necessary tools and screws it was show time.  Even busted out the mat to do it in comfort and style. 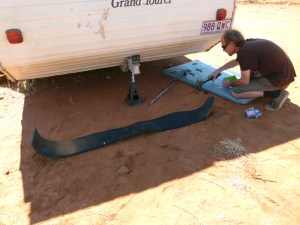 After crackin in some self tappers the job was all but complete, total cost nothing but a bit of time and the replacement stands.  Even busted out a bit of bog from the toolbox and went pro on the whole deal. 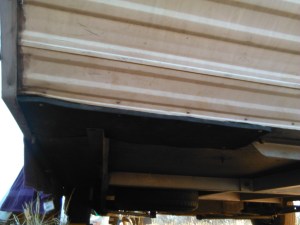 Left Side, Done and Dusted. 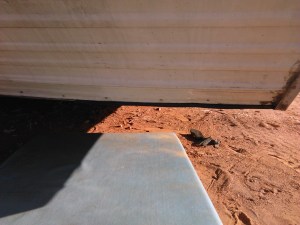 Right Side, Sweet as.